New Words for the New Year 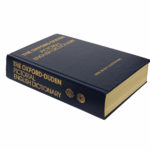 Every quarter, the Oxford English Dictionary officially welcomes a new list of words and phrases into the English language. From the obvious to the obscure, every utterance is captured and considered for inclusion in the venerated dictionary. Before I review a few of the 2018 first-quarter winners, a word about how these lexical lucky-ones originate.

Linguists go crazy with this stuff – guessing how social and cultural factors shape the things we say. Is it rational or completely random?

One group has likened the birth of new words to biological evolution, similar to the growth and change of a living thing. Natural selection and genetic drift are the two key factors cited that parallel the process of how new words are conceived, adapted or adopted. 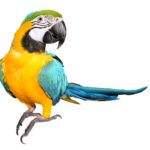 This refers to the change in an organism’s behavior resulting from choices made to remain alive and reproduce. An SEO writer might optimize an article about Charles Darwin’s Survival of the Fittest with the longtail keyword, observable bird behaviors, such as feathers changing to more vivid colors to attract a mate or a beak growing deeper and stronger to crack tough seeds after a drought.

In the same way, humans change their speech out of necessity. Look at how immigrants adopt the local accent in order to blend in. Select words or pronunciations get used because they are associated with natives of status and power.

In contrast to the nice, tidy explanation of natural selection is the random nature of genetic drift. University of Pennsylvania evolutionary biologist Joshua Plotkin questioned linguistic adaptive behaviour that served no obvious purpose and, in fact, made things harder. In an article in Science, he noted “a growing preference for the word ‘clarity’ over its synonym ‘clearness.’ Adding ‘-ness’ is an easy-to-remember rule for making a noun out of an adjective. As an outsider, this increase seemed at odds with the notion that language … regularizes over time.”

He also questions why a relatively low number of past-tense verbs have taken the “-ed” ending, (“spilt” to “spilled” or “lit” to “lighted”). Why weren’t more words changed for purposeful reasons, such as being easier to learn and use?

In the same article, Andreea Calude, a New Zealand linguist reasons, “Every single speaker on Earth will have their own specific linguistic variants. This variation is sometimes driven by selection, but at other times, we like to choose our own options from the linguistic buffet available to us.”

And the OED Winners Are…

A few of the 1,100 entries plucked from buffet to book and ready to be worked into your website content are:

A clever wordplay in the form of a humorous sentence, quotes a speaker, followed by an adverb pun which relates to how something was said.

Mansplaining (which is really self-explanatory) is when a man explains something to a woman that doesn’t need explaining, usually in an overbearing, condescending, patronizing or chauvinistic way. Need we ‘splain more? We have carnivores, herbivores, omnivores and, now, frugivores, which are fruit-eating organisms including certain bats (and runway models.)

Normie is a mildly derogatory word, implying someone with a lack of imagination or a boring person. It also refers to a non-alcoholic or someone who orders a drink and doesn’t finish it.

Two not so self-defining additions were self-saucing (a casserole or one-pan recipe that makes its own sauce) and self-shifter (a car with automatic transmission). Self-fascinating. This is jumping from a high point such as a cliff (which could mean you end up with a literal tombstone) and entering a body of water vertically, like a tombstone.

You’ll want to tell your BFF about your big fat positive (BFP) pregnancy test. Hopefully the news is not a big fat negative (BFN.)

If you find yourself BFP, you’ll need this:

To know a customer is to speak their language. Granted the meanings of most words won’t change that much, but they will shift subtly. Witness the Urban Dictionary. Whether it’s slang or a new expression the kids are using, one false word used awkwardly or derisively can turn off your targeted base. On the other hand, when used correctly, it can impress and break down barriers.

While this isn’t a new definition in the Oxford English Dictionary, the CTA is what this paragraph is: the conclusion of a blog article that ties in the topic to explaining what action the reader should take now.

Example: As content writers, we’re in the business of knowing exactly which word to use, even if it’s so new, it’s not in the dictionary yet. If you’re at a loss for words or just need someone to do your mansplaining, give us a call.

Sensory Words Can Enhance Your Online Business Marketing: Here’s How 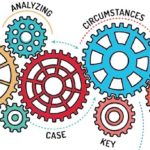 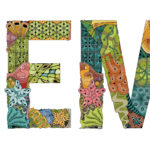